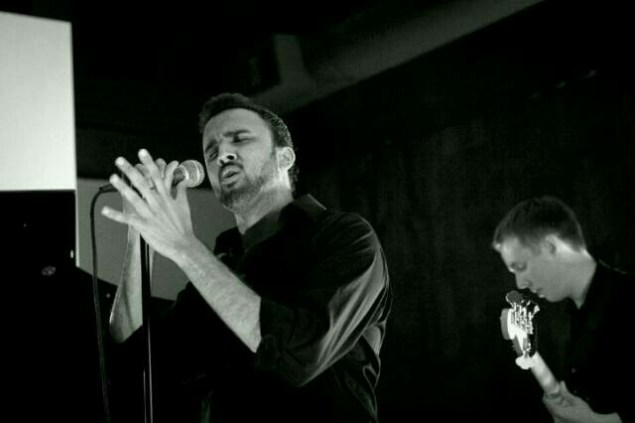 Classical music fans in India would know Aditya Prakash as a Carnatic vocalist and a regular at Chennai’s classical music festival season in December. The singer is now changing gears and prepping for his new jazz fusion act, The Colliding Worlds Project.  The collective will make its debut in India with a series of gigs starting this week.

Prakash, who grew up in a Los Angeles and started training as a Hindustani classical vocalist when he was eight years old, toured with Pandit Ravi Shankar and his sitarist-daughter Anoushka Shankar at the age of 16. By the time he joined the University of California, Los Angeles [UCLA], Prakash had become more open to fusion music. The Aditya Prakash Ensemble started out in 2011 after Prakash began jamming with his jazz musician roommates at UCLA. Coming into the fusion space after being an classical musician all his life, the 27-year-old vocalist says he’s always been used to seeing elderly “uncles and aunties” at his concerts and expected the same at the first few Ensemble gigs in L.A., but they drew a young crowd of not just Indians, but also Americans. Says Prakash, “They were able to feel the bhaav of the raga-based songs. There was a level of comfort in the jazz element, they were able to appreciate it without being overwhelmed by the technicalities [of either genres].”

Joined by pianist Julian Le, saxophonist Hitomi Oba and drummer Jake Jamieson from the US and Bengaluru-based flautist Mahesh Swamy and Chennai-based percussionist Praveen Kumar, the ensemble’s debut six-city India tour takes place between September 22nd and October 11th as part of hotel chain The Park’s New Festival’s ninth edition. Interestingly, the American musicians in the collective met their Indian bandmates for the first time at rehearsals in Chennai a few days ago.  Adds Prakash, “There’s no nervousness, just excitement. I’m really excited about playing at Blue Frog in Mumbai, because I’ve heard a lot of great things about it.” To cover costs of the tour, the Ensemble’s hosts – Chennai-based cultural organization the Prakriti Foundation – are crowdfunding on Wishberry, with rewards ranging from gig invites to an on-stage note of thanks.

With a repertoire of 15 to 20 songs, The Colliding Worlds Project plan to tailor their sets differently based on the city they’re performing in. Says Prakash, “In Chennai, I know there are staunch traditionalists so we’ll do more Carnatic stuff, but in Mumbai, I know there’s a younger crowd so we’ll do a few Bollywood covers and take out all the sensitive, slow songs.”